+++ October 2013. MARISCO workshops for GIZ in Peruvian Amazon. A vulnerability workshop was implemented in Puerto Inca, Huanuco, together with authorities and strakeholders of the province, and a strategy workshop in Pucallpa complemented the work for the Regional Imiria Reserve in Ucayali. The workshops were prepared and moderated by Pierre Ibisch and Axel Schick +++ 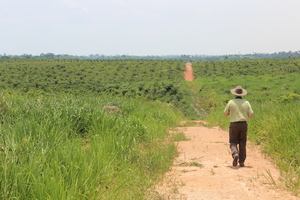 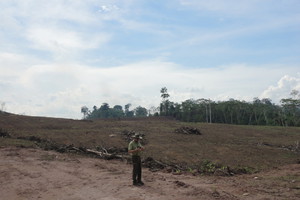 +++ November 2013. Prof. Vahrson, president of Eberswalde University for Sustainable Development, together with Prof. Guericke, dean of the Faculty of Forest and Environment, and Centre staff welcomes a delegation from Korea, which is going to learn about challenges German biosphere reserves and civil society's contributions to nature conservation. The delegation will also work on strategic conservation planning for Baekdu daegan mountains. The visit is part of DBU-funded German-Korean project +++ 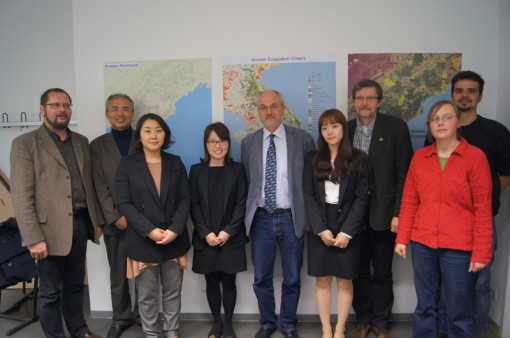 +++ 28 August to 8 September 2013. The international DAAD course “Adaptive Conservation Management in the Transboundary Bjeshket e Nemuna/ Prokletije Mountain Area” was held in northern Albania. Master and doctoral students from Albania, Kosovo and Montenegro, together with international students from Eberswalde University for Sustainable Development, Germany, learned modern concepts and methods related to ecosystem diagnostics analysis and biodiversity conservation under global change. They were introduced to the so-called MARISCO approach factoring risk and vulnerability management into the planning for maintaining biological diversity and ecosystem services as a basis for a sustainable human wellbeing. The course was implemented in the context of the DAAD-funded project "Cooperative Transboundary Learning for Ecosystem Management  +++ 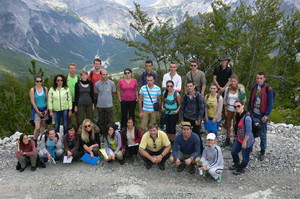 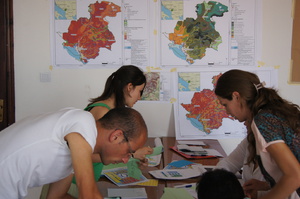 +++ August 2013. A participatory MARISCO workshop for the Imiria regional protected area in Peruvian Amazon was held in the city of Pucallpa. Pierre Ibisch moderated the first vulnerability analysis of the site together with Axel Schick, GIZ. Among the participants were regional and local stakeholders as well as representatives of the national protected area service from Lima (SERNANP) and colleagues from other regions (Cuzco). A second strategy workshop is to follow in October +++ 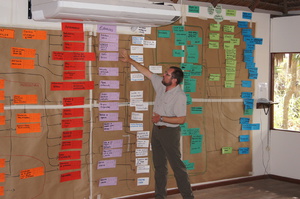 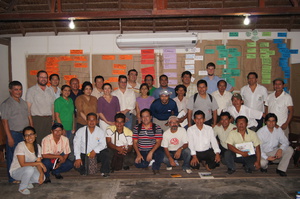 ++ May 2013. Visit to Ecuador. A MARISCO workshop has been accomplished in Ecuador, in the framework of consultancy work for GIZ and KfW (GOPA). Two municipal protected areas in Morona Santiago, which are supported in the context of the German development cooperation (GIZ/KfW), have been accompanied with a strategic vulnerability analysis. A second workshop with local staff and stakeholders was held in Limón Indanza. Local mayors, representatives of the Ecuadorian Ministry of Environmnt, German development cooperation, and NGO were informed in feedback meetings in Limón Indanza, San Juán Bosco and Quito +++ 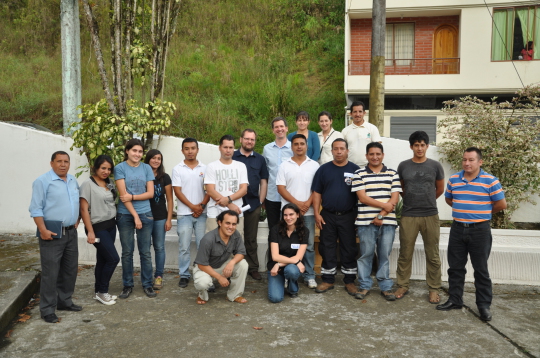 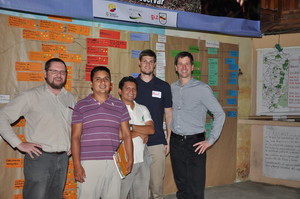 Pierre Ibisch and Christoph Nowicki together with staff responsible for the Tinajillas and Siete Iglesias conservation sites, Jimmy Ortega and Carlos Arevalo, as well as Axel Schick. 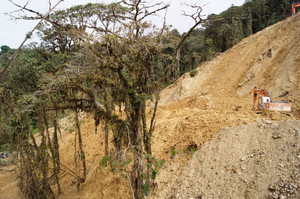 +++ 20-26 January 2013. The Centre for Econics and Ecosystem Management runs a joint workshop with the Agricultural University of Tirana teaching adaptive conservation management to Albanian students (MARISCO method). The case study site is Lake Shkoder, which was visited in the course of the Ecosystem Diagnostics Analysis part of the training workshop held in the city of Shkoder. The Centre lecturers are Lena Strixner, Peter Hobson and Pierre Ibisch. The local partners are Prof. Dr. Arsen Proko and Mark Rupa. The workshop is financed by German Academic Exchange Service, DAAD +++ 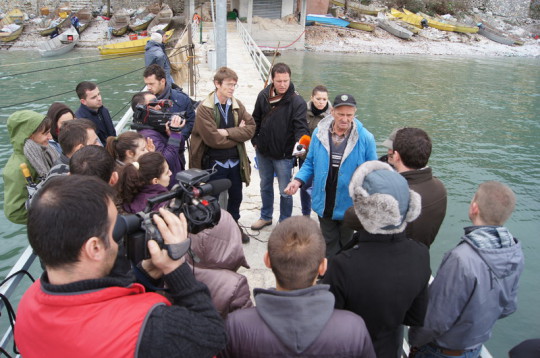 DAAD workshop in Albania. Interview of local fisherman at Lake Shkoder, with presence of Albanian TV.

+++ 25 Nov 2012: Centre team heads for Altai Republic, Russian Union, to deliver a MARISCO planning workshop with colleagues from Katunskiy Biosphere Reserve, Russia, and Katon-Karagaiskiy National Park, Kazakhstan, and kick off a joint project with the goal of proposing an Altai transboundary Biosphere Reserve +++ 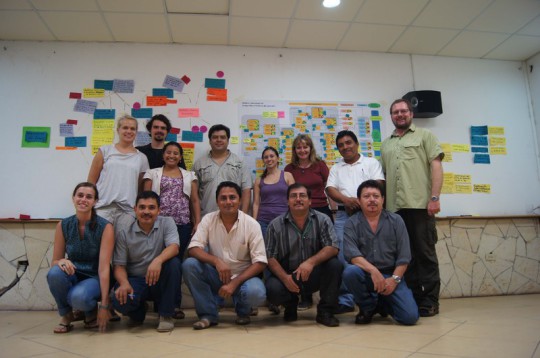 Laura Geiger and Felix Cybulla (back, left) and Pierre Ibisch (back. right) with colleagues from Guatemala and Oroverde after the Sierra del Lacandón workshop.

+++ November 2011. as well as in February/March 2012, members of the Centre for Econics and Ecosystem Management carried out various activities in Central America.

In the beginning of December, in Costa Rica, a four-people-team, led by Pierre Ibisch and Peter Hobson, worked for the Deutsche Gesellschaft für Internationale Zusammenarbeit (GIZ). The team ran a MARISCO workshop on the vulnerability of two coastal protected areas to climatic change. Together with Costa Rican scientists and the teams of the the Cahuita and Manuel Antonio National Parks, situated at the Caribbean and the Pacific respectively, in a first workshop a systemic problem analysis was accomplished. In the first days of March an event on the development of strategies of adaptation to climate change has followed. 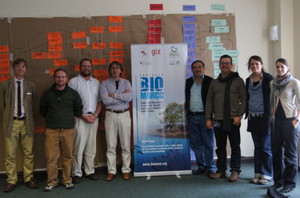 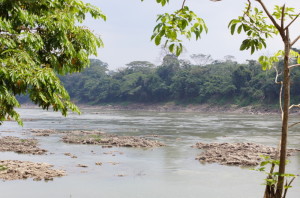 Pierre Ibisch and Peter Hobson visited the national park in early March and gathered important insights especially related to fire-related risks and the potential of succesional agroforestry, which applies principles of econics +++

MARISCO was developed by

representing a cooperation of